“We Have Met the Enemy and He Is Us”

Why are we allowing same types of leaders to continue to run this country into the ground, time and time again? Among their latest transgressions is their turning a blind eye to the ongoing ISIS recruitment of our young people.

According to CBS News, the FBI and Homeland Security Department issued a joint alert warning that ISIS’s message is recruiting Western youth. The Homeland Security alert advised local law enforcement agencies that ISIS is having success with social media campaigns that entice American teenagers to join jihadists in the fight for the fight in Syria. This has to be the quietest public alert ever issued. I have informally asked a dozen acquaintances, who are reasonably well informed and they have never heard of this warning. The alert advised local and state law enforcement agencies that ISIS has been having some success with social media campaigns that invite youth to join jihadists for the fight in Syria.

University of Maryland psychology professor, Arie W. Kruglanski, advises parents to be constantly vigilant. ISIS propagandists entice young people with messages of power and determination. Kruglanski stated that teens are especially susceptible because of the lifestyle changes they’re going through, ” and that “They look for clarity and coherence, and this kind of ideology that is black and white, clear-cut, very structured is of great appeal to them.”

The Christian Science monitor reported  that ISIS usually recruits mainly males who are eager to express themselves through religion and that are yearning for a sense of identity. ISIS is also recruiting teenage girls, who want to join the fight, A recent example of this would be the three Colorado girls who were attempting to travel to Syria in October 2014 to join ISIS. However, they were caught by the FBI in Frankfurt, Germany. Many experts feel that the “entire ISIS recruiting process is quite intricate“, and that the recruitment can often take place at religious or educational settings.

Why is the target of the FBI/DHS warning limited to local law enforcement? Why isn’t this being treated as an act of war? They do not have the ability to block ISP’s. Why isn’t President Obama and the rest of his administration shouting from every rooftop about the dangers arising from this threat from ISIS?

When a Warning Is Not Really a Warning

The Obama administration could be blocking ISIS related ISP messages into America. They could censor any public venue from carrying ISIS propaganda that will eventually reach our impressionable youth. Not only is the Obama administration not stopping this practice. They are encouraging and so did Hillary Clinton when she was Secretary of State.

Just why aren’t our children being properly protected from ISIS recruitment? The answer to that question is simple. Just look at who and what masquerades as leadership in this country. This kind of “leadership” has wasted our economic and military strength through bankster inspired spending designed to turn all of us into their debt slaves.  Our morally deprived “leadership” reflects who we are as a nation and what we have become. Do you think these moral despots care about your children?
In the following paragraphs, look at what the present administration is allowing to take place in our country. ISI recruitment of our citizens, especially our children is in full swing. 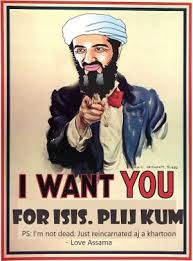 AGAIN, WHY IS OBAMA ALLOWING ISIS TO RECRUIT OUR YOUNG PEOPLE? 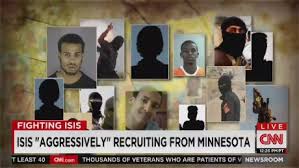 As you continue to watch football, realize that the terrorists are here and are attempting to recruit your child and turn them into a jihadist.

Spiritually, Christianity is now “out” and under extreme attack, but Islam is “in”. What kind of country would allow a criminal organization such ISIS to recruit its most vulnerable underclass youth in order to ferment violence against law and order as we seeing in places like Ferguson? 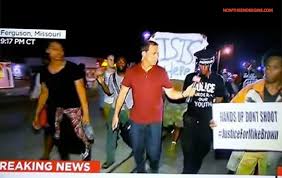 Why isn’t our Justice Department arresting these terrorists who are invading our urban areas and turning the young into PLO type of terrorists? What kind of country permits this kind subversion of its basic cultural ideals without so much as a whimper?

The US was founded as a Christian nation on Christian principles, and references to God and Christianity appear everywhere in our founding documents. Yes, we tolerate the free exercise of other religions as we should. But these other religions need to keep their hands off of our children.
Who changed the rules when we were not looking? I have a hard time believing that a majority of Americans have totally abandoned Christianity for a radical version of Islam (or no religion at all), but that increasingly seems to be the case.
The only remaining question is: What are we going to do about it?